How friends can influence our behavior and our health 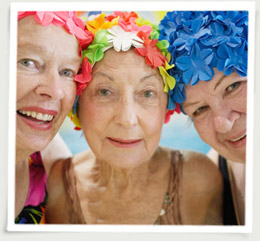 Can an unhealthy lifestyle be contagious? According to a study published in the New England Journal of Medicine, a number of different conditions can actually spread between friends and acquaintances.

This study determined that your chances of becoming obese increase by:

Researchers also found out that because health and behavior are linked so closely, almost any health state connected to habitual behaviors is communicable.

Do overweight friends just naturally hook-up or do friends actually influence each other's weight and health?

Researchers took into account the possibility that overweight people seek out others like them. And while this does occur, they found that that friends do, in fact, have an influence on their friends.

Now, for the good news

Social connections can also improve your health. For example, people tend to quit smoking in groups. People who socialize with others who think positively also tend to think positive. Just as people gain weight together, they can also lose weight together. So, according to David Shoham at Loyola University Chicago Stritch School of Medicine, it makes sense to address obesity in groups of people rather than in isolation.

Another decades-long heart-health study showed how social connections actually improve people's health. It tracked more than 15,000 people in a Massachusetts town over a lengthy 50-year period. The study concluded that several groups of lifelong friends actually influenced each other to remain very fit well into their 70s.

That doesn't mean you should abandon your "less-than-healthy" friends in favor of healthy people. Because simply having friends even less-than-healthy ones can help you live a longer, healthier life -- that's according to a study conducted in post-communist Central Europe. (For a wonderful little booklet on how to find friends and build strong friendships, visit http://store.samhsa.gov/shin/content//SMA-3716/SMA-3716.pdf)

For example, a 2006 study of 3,000 nurses showed that women with 10 or more friends were four times more likely to survive breast cancer than those with fewer friends, and a 2008 Harvard University study suggested that friendship may promote improved brain health as we age.

Researchers also noted that by sticking to your own healthy habits and choices, you can have a positive impact on your own social circle. Even as you are being influenced by others, you can influence them too.

There are times when saying goodbye to certain friends or social contacts is the healthiest choice if you know that particular relationship is having a negative effect on your health, happiness or personal growth. You'll want to develop healthier circles of support that can help you stay true to your positive good health.

Subscribe to our RSS
Information provided here should not be relied on to diagnose, treat, cure or prevent any condition, disease or illness. Please consult with your physician or health care professional for guidance on any health concern. MauiHealth.com is a commercial website and is not affiliated with any government agency, university, or private medical center. COMPENSATION DISCLOSURE: This site may be compensated for products promoted here. Read our Privacy Policy and Terms of Use.